The first film of a total solar eclipse has been restored by specialists at the British Film Institute (BFI) and made available for viewing. The film was taken in North Caroline in 1900 by Nevil Maskelyne. Maskelyne was a British man who was a magician turned film-maker.

He took the film as part of a Royal Astronomical Society (RAS) expedition.

The film is from the archives of the Royal Astronomical Society, and it has been carefully and painstakingly restored. Conservation experts at that institution went over the film frame-by-frame to restore it to 4k.

This film is from Maskelyne’s second attempt to film a total solar eclipse. His first attempt was in 1898, when he travelled to India to photograph the event. Alas, that film was stolen from him and its fate is unknown.

Filming the eclipse was a difficult task for Maskelyne. He had to build a special telescopic adapter for his camera to do the job.

According to the BFI and the RAS, this film is Maskelyne’s only surviving work. And it’s kind of eery, in a way.

Maskelyne’s transition from magician to videographer made sense in the Victorian age. At that time, science, magic, and the paranormal all mingled together in the minds of many.

There were many charlatans at work then, trying to photograph the spirit world and conjure up the dead and whatnot. Of course, they may not have known they were charlatans. Anything seemed possible in that day and age.

But Maskelyne was different. He was a professional illusionist and a member of The Magic Circle, a British organization dedicated to the art and entertainment of illusion and magic. (There’s even an award named after him.)

But he also had a strong belief in science and actually tried to expose fraud. He founded the Occult Committee, a group dedicated to exposing fraud.

In any case, Maskelyne was not the only illusionist to become a film-maker. Some illusionists took to creating “magical” films as part of their stage shows. But Maskelyne proved to be a little different by actually working with the RAS to capture these astronomical events. 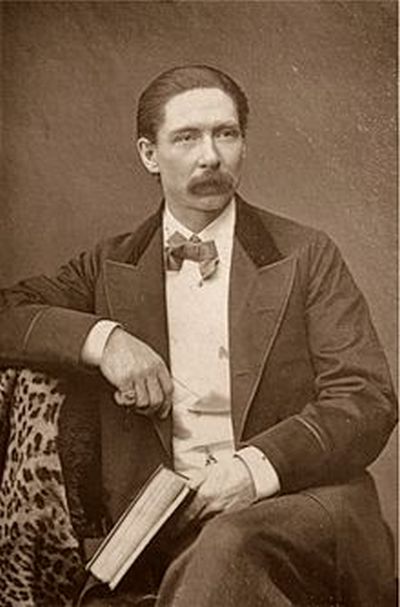 “This is a story about magic; magic and art and science and film and the blurred lines between them. Early film historians have been looking for this film for many years. Like one of his elaborate illusions, it’s exciting to think that this only known surviving film by Maskelyne, has reappeared now.”

“Harnessing 21st century technical magic, this 19th century attraction has been reanimated. Maskelyne wanted a novelty to show at his magic theatre, what better than the most impressive natural phenomenon of them all,” said Dixon in a press release.

According to the RAS, Maskelyne thought of himself as a scientific investigator. Like many others in the Victorian age, he was keenly interested in illusions, spiritualism and various other phenomena.

But he was also fascinated by astronomy, and that fascination led to him becoming a member of the Royal Astronomical Society. Good thing he did.

“This is a wonderful archival discovery: perhaps the oldest surviving astronomical film, it is a really striking record of both early cinema and late Victorian eclipse observing,” said Joshua Nall, Chair of the RAS’s Astronomical Heritage Committee.

“The BFI are ideal partners, they’ve done a fantastic job digitally restoring the film and it’s great that it will be available for anyone to view free of charge as part of their trove of Victorian cinema.”

The fact that the film is grainy and jittery just adds to its appeal as an historical item.