LightSail 2, the brainchild of The Planetary Society, has gifted us two new gorgeous images of Earth. The small spacecraft is currently in orbit at about 720 km, and the LightSail 2 mission team is putting it through its paces in preparation for solar sail deployment sometime on or after Sunday, July 21st.

The spacecraft was designed to test a solar sail’s ability to both raise a satellite’s orbit and lower its orbit. Right now the spacecraft is being tested and analyzed in advance of deploying its sails.

Flight controllers recently uploaded a software patch related to LightSail 2’s stability system. According to The Planetary Society, the patch “refined the operation of the spacecraft’s electromagnetic torque rods, which are responsible for keeping LightSail 2 stable as it circles the Earth.”

We also have two new images from LightSail 2. As the satellite passed over ground stations, it used excess bandwidth to transmit the high-resolution images. 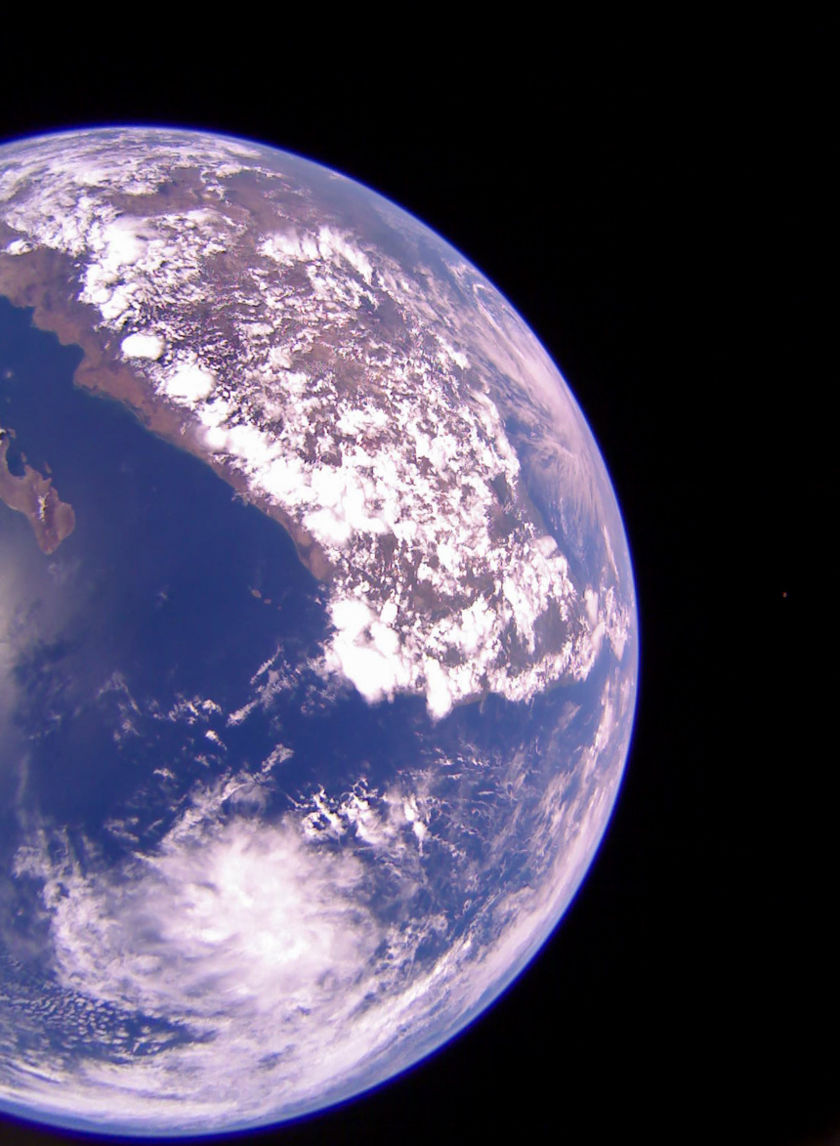 (The Planetary Society)LightSail 2 captured this image of Mexico on July 12th, 2019. The image is looking east across Mexico. The tip of the Baja Peninsula is on the left, and on the far right is Tropical Storm Barry.

The flight controllers also tested the satellite’s attitude control system. They put that system into solar sailing mode for an entire orbit. Some of the telemetry from that orbit is stored, and some is in real-time.

Controllers will analyze all the data to see how the spacecraft performed in solar sailing mode, before the sail system is deployed.

LightSail 2 has sensors that track the position of the Sun during sailing. The mission team recently spent time evaluating software updates to that system of sensors. They used LightSail 2’s engineering clone – called BenchSat – at Cal Poly San Luis Obispo to do that.

Now that the Sun-tracking software has been updated, they’ll put the satellite in solar sailing mode again to test the results of the update. 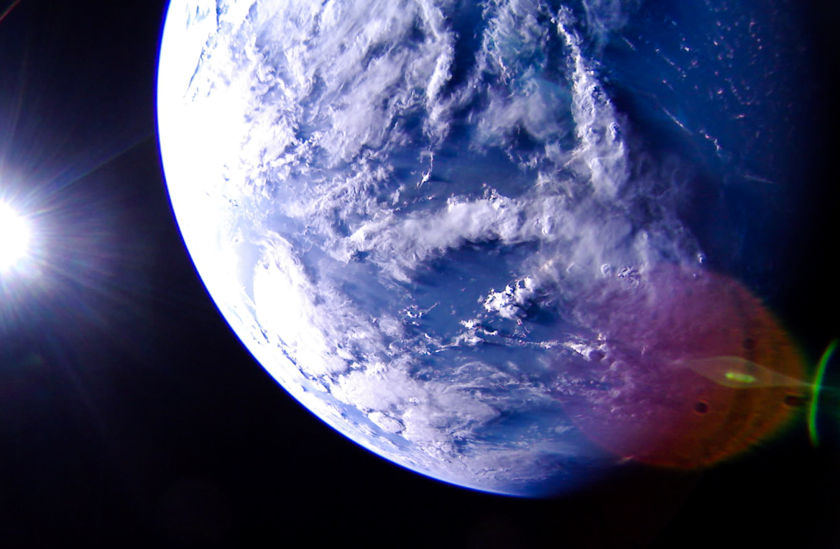 LightSail 2 captured this image of Earth on July 7th. It’s looking at the Caribbean Sea towards Central America, with north roughly at the top. The blue-green color of the ocean around the Bahamas can be seen at the picture’s 1:00 position. A lens flare is visible in the lower right.

It’s so far, so good for LightSail 2. The Planetary Society says the satellite is healthy and is stable in its orbit. Before they deploy the solar sail system, operators want to be confident that the attitude control system is operating correctly. That’s because atmospheric drag on the deployed sail limits the period in which LightSail 2’s orbit can be raised.

LightSail 2 is a composite spacecraft made of three nanosatellites. Two of them handle the solar sails, and one handles the electronics. The sail system has four triangular sails that deploy into a square. It was launched on 25 June 2019.

LightSail 2 is the successor to LightSail 1. They were both crowd-funded by The Planetary Society, the non-profit group known for their innovative approach to advancing space technologies. Overall, the entire LightSail project cost US$7 million. That includes both LightSail spacecraft, and their predecessor Cosmos 1. 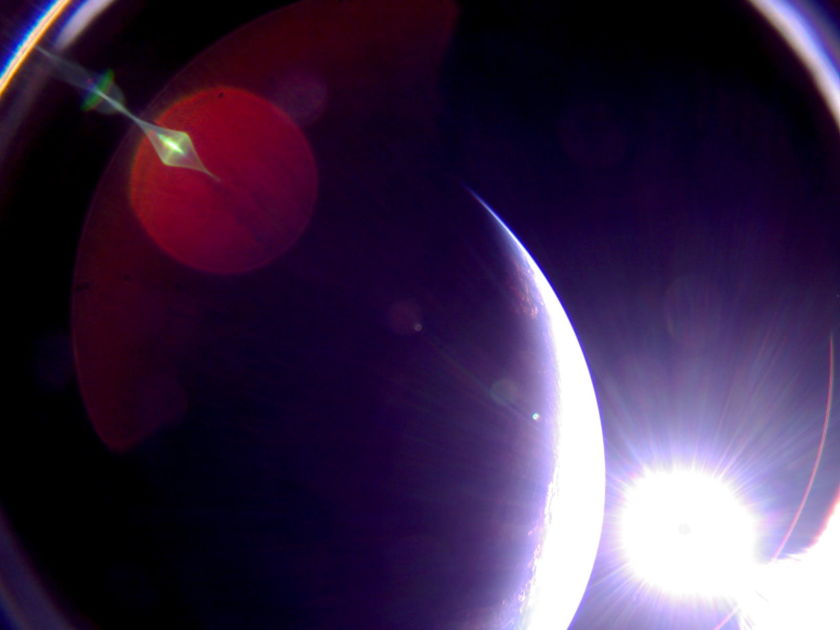 LightSail 2 captured this picture of Earth’s limb on 6 July 2019 at 04:41 UTC from a camera mounted on its dual-sided solar panels.

The society boasts well-known members like Bill Nye and Neil DeGrasse Tyson. Experienced professional scientist populate the Board and Advisory Council, and it shows in the society’s results.

The Planetary Society does important, tangible work in space. Their vision is to “Know the cosmos and our place within it.” Their mission statement is “Empower the world’s citizens to advance space science and exploration.”

If that sounds good to you, you can learn more about the Society, or join the ranks of supporters, here.