The sudden dimming of one of the brightest stars in the night sky, Betelgeuse, could be due to a dust cloud spewing up from its surface, astronomers said on Thursday.

The mystery has enthralled skywatchers since the star – part of the Orion constellation – began to lose luminosity last October, with some experts suggesting it could herald its explosion into a supernova.

But researchers working with the Hubble telescope now have a clearer picture, seeing superhot plasma being unleashed from the star’s surface, cooling in the outer layers of the atmosphere and eventually turning to dust. “The resulting cloud blocked light from about a quarter of the star’s surface,” the European Space Agency said in a statement, adding that the star has since returned to its normal brightness.

“With Hubble, we see the material as it left the star’s visible surface and moved out through the atmosphere, before the dust formed that caused the star to appear to dim,” said lead researcher Andrea Dupree of the Harvard-Smithsonian Center for Astrophysics in the United States.

“We could see the effect of a dense, hot region in the southeast part of the star moving outward.” 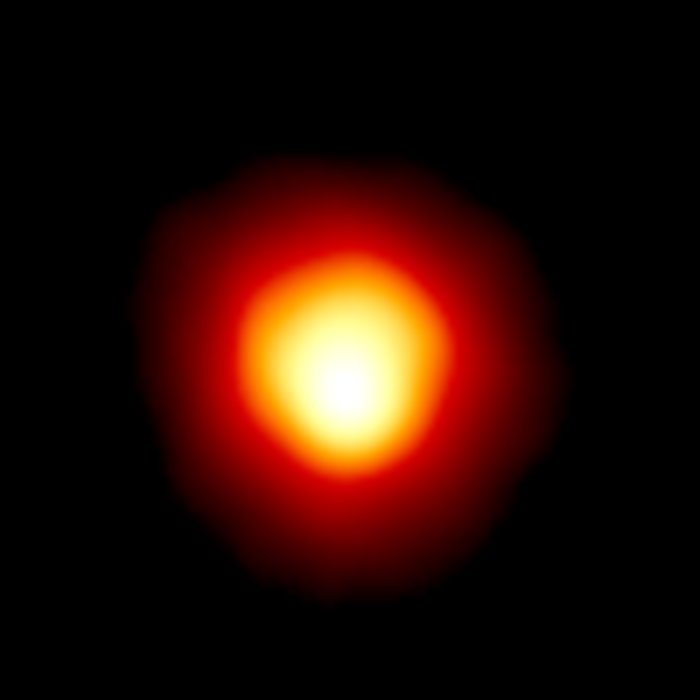 Above: The Hubble image reveals a huge ultraviolet atmosphere with a mysterious hot spot on Betelgeuse’s surface.

The researchers, due to publish their findings in The Astrophysical Journal, said they were not sure of the ultimate cause of the plasma eruption.

Betelgeuse, almost 1,000 times the size of the Sun, is 725 light years from Earth, meaning the event witnessed by the telescope happened around the beginning of the 14th century.